Honesty. Friends. Family. Hope. Self esteem. Laughter. Never giving up. Happiness. Life. Until recently I'd forgotten what all of these things mean, how important they all are. 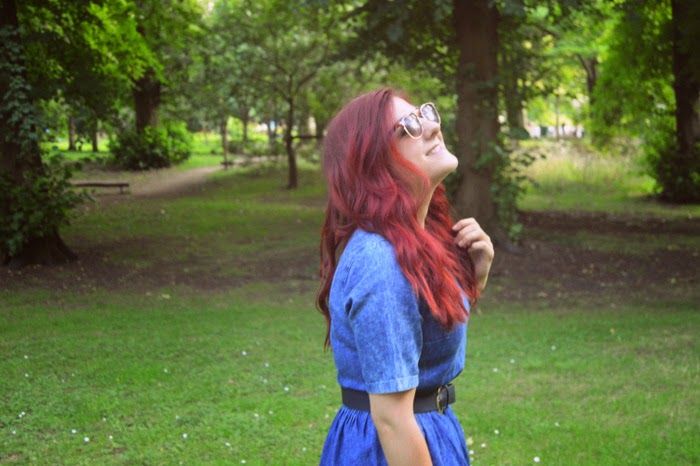 Four weeks ago I attempted suicide. I was tired of living and ready to end it all. Now I realise I'd given up on life a long time before I overdosed. I gave up when I stopped fighting against my anxiety and bulimia, when I started sinking further and further into depression and self harm and couldn't see a way out. I gave up when I started self medicating and acting recklessly almost daring myself to die or get killed so I wouldn't have to do it myself. I was just padding water until the right time came. There was no point asking for help because i had decided that nothing was going to work and besides who would i ask? I had convinced myself that everyone around me; therapists, friends, family, all hated me. Essentially i had decided that fighting was too difficult so i was eliminating any reason that i had to live.

When I woke up in hospital I felt no relief whatsoever, no feeling of regret for doing what I did or happiness to still be alive just fear and sadness at the thought of having to carry on with exactly the same fight that had made me want to die in the first place, and that was the thought that scared me the most.

Today that fear is still with me, but I've also got something that I haven't had in a very long time, hope. After spending four days in hospital I was put into a crisis house, while there i was given the space, time, patience and understanding i needed to gain back a little part of myself. I started talking again, and with that came crying, a lot of crying. I was thinking and feeling again, such simple things that we take for granted but things that i'd somehow lost. Most importantly i started to enjoy things again, reading, writing, drawing, all things that i love but hadn't been able to do in months, things that reminded me that life is worth fighting for. Of course none of this means that everything is suddenly fine, far from it. But at least there's some light where before all i could see was darkness.

Some of you maybe wondering why i've decided to post about this on the internet, on a fashion blog of all places, and its something that i've been going over in my head for the last couple of weeks. When i started writing again i knew i wanted to come back to blogging but that this time it needed to be different, i don't want to feel like i have to hide anything or appear a certain way. I've been doing that for way too long and evidently it hasn't helped only hindered me. Mental illness is nothing to be ashamed of. I've said it before and i truly believe it and for that reason i'm going to be dedicating a lot of my posts to mental health from now on. I still love fashion and hopefully always will but there's much more to me than that, most of which i'm only just starting to discover myself, and i think my blog is due a revamp to represent that.
XOXO
Posted by the ineffable soul at 22:06 3 comments: