What i wore: peachy keen. 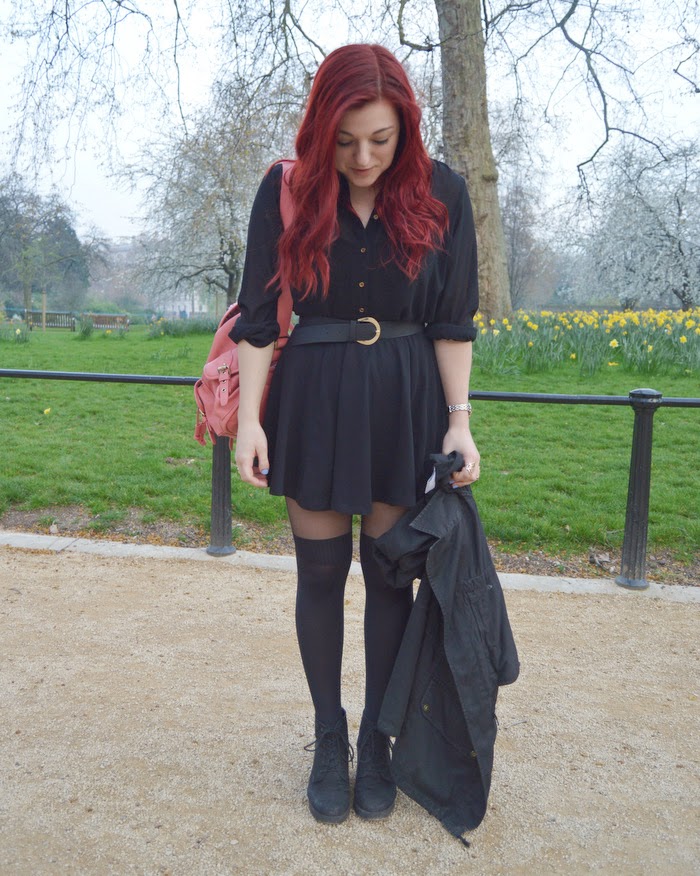 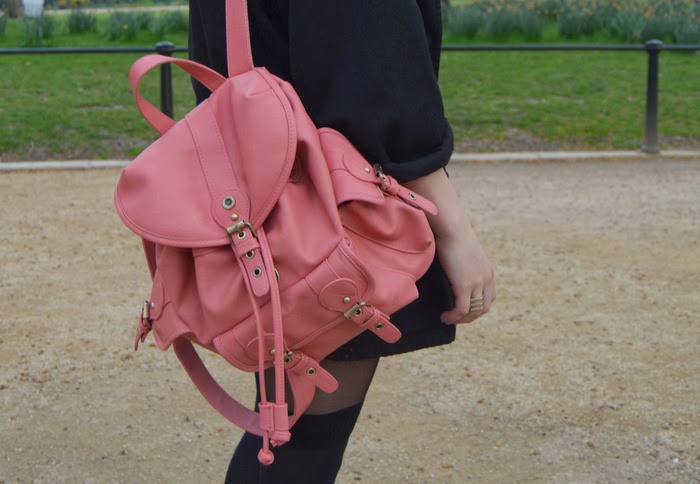 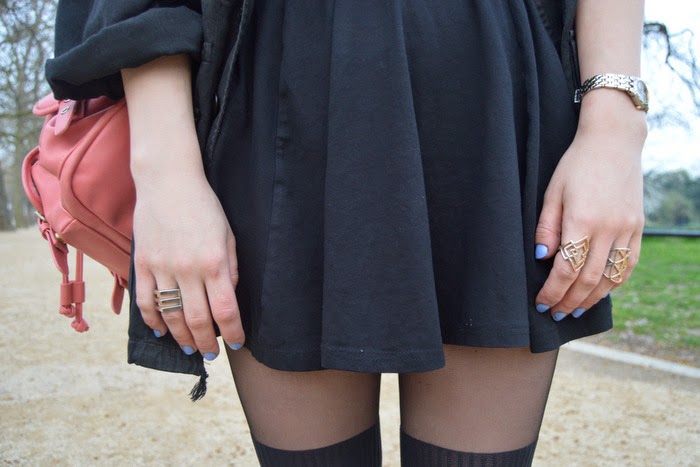 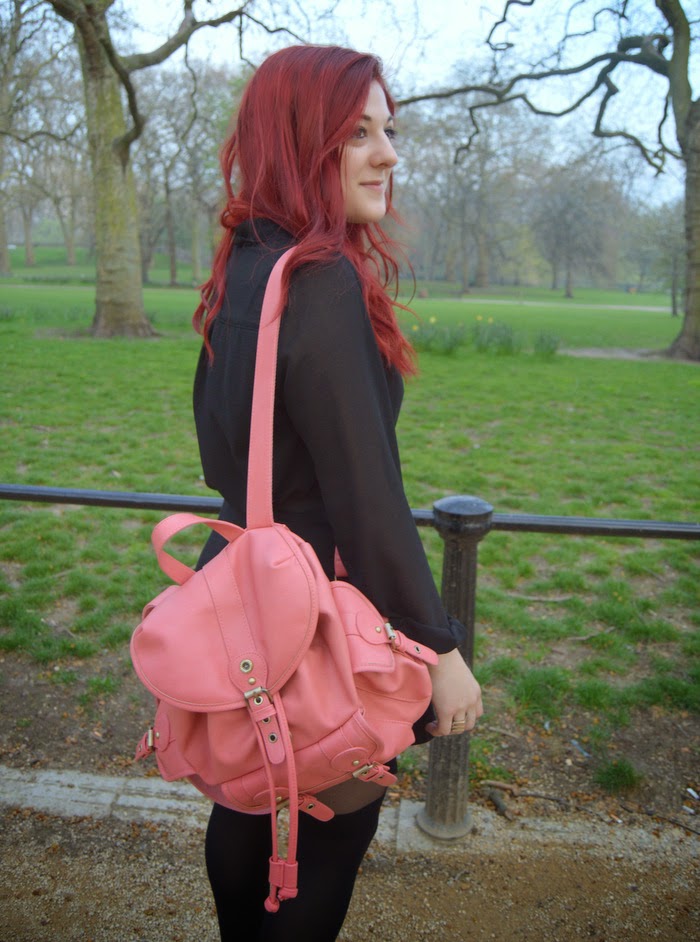 Despite moving back to Cardiff over seven months ago i still at times forget that i don't actually live in London anymore. It's even worse when i go up for the day with Jordan and after finishing in Oxford street it feels like we should be hopping on the tube back to our flat in Stratford rather than the megabus. Until i move back though day trips are better than nothing and this time we actually remembered to take a few outfit photos.

Leaving the house at a ridiculous hour to get the coach does sometimes mean you make silly outfit choices, aka suspender tights. I love suspender tights but i've never felt more like a hooker in my life and ended up spending half the day attempting to minimise the amount of thigh on show. Mistake number two would have to be taking my new bag, as pretty and summery as it is i'm not used to rucksacks hence a sore shoulder and constant fighting with the buckle whenever i needed to get inside.
Apart from those two hiccups i did actually like this outfit (which is rare) and i also had a lovely day despite not buying anything at all (also rare) and being a little sad about having to come home again....and even sadder about having to be up early for work the next day. In other news i hope everyone is having a nice Easter, even if you have just spent it in bed blogging and watching movies...or was that just me?!
XOXO
Posted by the ineffable soul at 18:20 12 comments: