The 'get to know me a little' tag.

Hi hi guys, i  haven't blogged since my timetotalk post so i just want to say how awesome those of you who have messaged or tweeted me about it are, i can't believe i was worried about being judged! The response has honestly made me feel very very lucky to be part of the blogger community and i've actually made some amazing new friends from it. But enough of the gushiness (is that a word?!) i've been tagged twice this week, once by Anna for the Liebster award and once by Claire with the 'get to know me a little' tag. I was going to combine them but after answering just the one lot of questions it was already a verrrry long and rambling post so for now here are my answers to the 'get to know me a little' tag....

2. What was your favourite subject in school?
If we're talking just high school then it's probably got to be art, it didn't really feel like a lesson as i love art anyway plus my teacher was awesome......but only in GCSE years, before that i hated it. If we're including college then my favourite would be a tie between English lit and Psychology.

3. What's your favourite drink?
This depends on so many things! Alcohol wise i guess it would have to be Jack Daniels (my brothers name fyi) but i also love cocktails, especially anything with banana or melon liquor in and if i'm sat in a beer garden then it has to be strawberry and lime Kopparberg. So basically any alcohol. Favourite non-alcoholic drink is easy, coffee, black no sugar :) 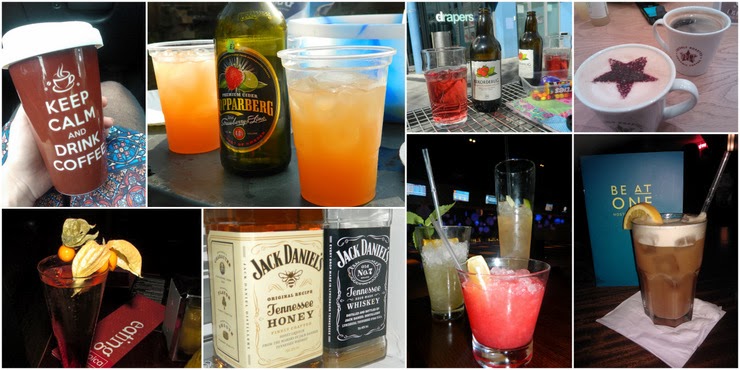 4.What's your favourite song at the moment?
Probably something like Royals although i don't think that's particuarly new, i don't pay much notice to the charts or anything to be honest. My favourite song of all time is Billy Joel in the middle of the night, i don't actually know why but i cried the first time i heard it.

5.What would you name your children?
I've thought about this way to much in the past! For a girl i like Mia and Taylor and for a boy Tyler and Gabriel which i would shorten to Gabe (which i may have decided on after becoming a slightly obsessed fangirl for Cobra Starship)

6. Do you participate in any sports?
Unless TV marathons count then no although i did when i was younger. I did gymnastics quite seriously from the age of 4 to 16 and then i also tried but never stuck at cheerleading, dance (modern, tap, ballet and jazz) swimming, horse riding, netball, hockey and probably the weirdest, pole vaulting.

7. What's your favourite book?
These questions are too hard! i love to read and fall in love with characters very easily so picking just one is beyond cruel.  My top five (and this is still difficult) are Rites of Spring by Jessica Duchen, Wasted by Marya Hornbacher, The fault in our stars by John Green, The man who mistook his wife for a hat by Oliver Sacks and East of eden by John Steinbeck.

8. What's your favourite colour?
i don't think i actually have one but i guess red?

9. What's your favourite animal?
Again i don't actually have one, although i did fall in love with some meerkats at London zoo in the summer so i'll say them. 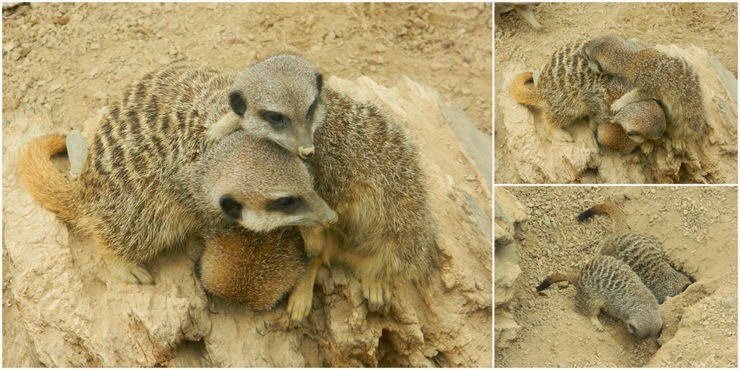 10. What's your favourite perfume?
I do love Marc Jacob's daisy but my favourite ever perfume by Escada was discontinued years ago :(

11. What's your favourite time of the year?
Summer! I am always always cold and spend most of Autumn and Winter in bed with my electric blanket, Spring is nice but summer is amazing, especially when it's so warm that people are all bitching about how it's too hot and i'm just there like i love you sun never leave me again.

12. Have you been out of the country?
Yep, i've been to Paris, Barcelona, Pompeii, Rome, Canada and Florida. Next up is Venice! 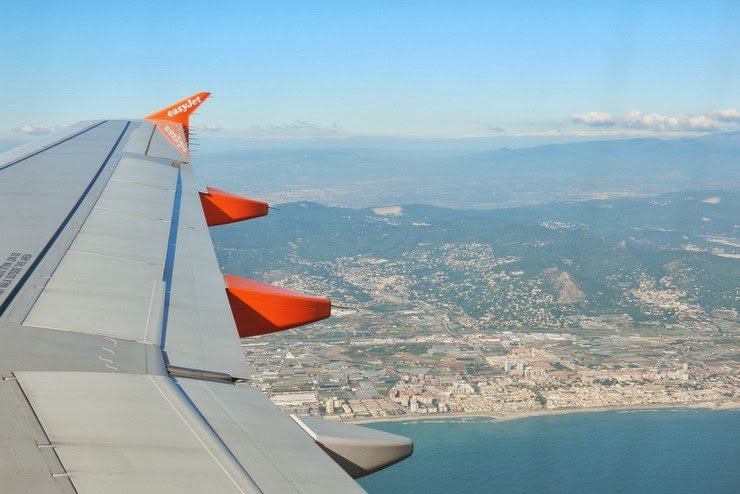 13. Do you speak any other languages?
No not even slightly, i'm part Italian so probably should at least attempt to speak Italian but i'm awful at languages. I don't know how i got a B in GCSE Welsh when all i can remember is rydw i'n hoffi coffi.

14. Do you have any siblings?
I have a 'baby' brother who is actually now 14 but is still my baby boy. We're very close and because of the age gap i'm very mumsy over him....in fact when we were younger i'd take him to the shops and make him call me mum while we were out so people would think he was mine even though i was about 10 and he was 2. What a twisted child i was. 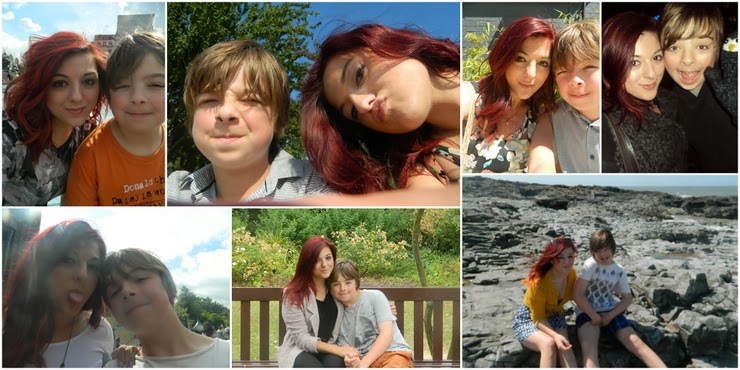 15. What's your favourite shop?
If it wan't so expensive then i'd have to say Urban Outfitters but as it is probably River Island maybe even Primark, if Petticoat lane market was a shop then i'd say there.
16. What's your favourite food?
Sweets!!! i'm not a huge fan of 'real' food but give me a pack of Loadsa Chews, AKA 'My sweets' to those who know me, then we'll be friends for life.

17. What's your favourite movie?
It's kind of a funny story, Girl Interrupted and Thirteen....sorry but i'm not choosing they're all awesome.

18. What are some of your favourite TV shows?
I watch basically everything that's ever been made but favourites would be Fringe, Supernatural, The big bang theory, That 70's show, Grey's Anatomy, Roseanne, House and Adventure time (especially at 4 in the morning when i can't sleep). My absolute favourite is probably starved and i'm gutted that they never brought it back for a second series.

19. What phone do you have?
I have no idea, is that bad? It's a windows phone but i can't remember which. i googled and it's a Nokia Lumia something.

20. How tall are you?
Short! I'm only 5'1 but people often forget how short i am because i'm always in heels, even my dad was shocked by my height the other day when he saw me in creepers. 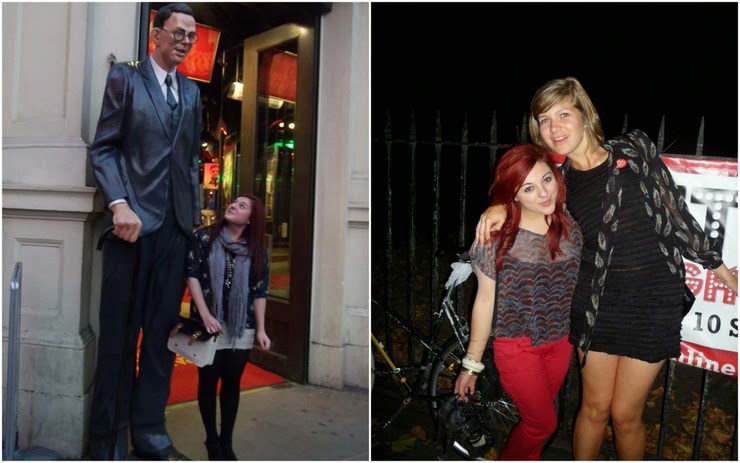 21. Any pets?
Just a cat called Darwin but he's not actually mine (he's my brothers) so i'm not particuarly fond of him.

22. Any kids?
Noooo, although i do want a few and have threatened to steal one on several occasions.....

23. If you weren't you, would you be your friend?
Gawd that's awkward, i actually don't know! I'm a little high maintenance but i must be a bit alright or i wouldn't have any friends....unless of course they all secretly hate me. I probably sit on the boarder between fun and annoying, but i am always there for my friends and give good advice (i think) so that would make up for the annoyingness. Also i could borrow my wardrobe so yes!

24. What's the first thing you notice about someone?
What they're wearing, i never remember faces but can describe what they were wearing a week ago, its kind of creepy actually.

25. What is your eye colour?
boring brown unfortunately, i wish you could die your eyes like you can die your hair without bothering with contacts.
26. Scary movies or happy endings?
ooh it depends, scary if its good but there's nothing worse than a crappy scary movie. I don't like overly soppy love films but i love a happy ending when it's something like Little miss sunshine or the way way back.

27. Favourite smells?
Anything sweet, all my candles are things like toasted marshmallow, salted caramel and cupcake. I also love the smell of coffee but that might just be because i love drinking coffee so much.

28. Do you have any special talents?
I'm still very flexible from gymnastics so every so often (usually when copious amounts of alcohol are involved) i like to do the splits or walk on my hands, or when i can rope someone else in to help i like to 'fly'. I can also put my whole hand in my mouth which i'm strangely proud of. Thinking about it i don't know if these are really talents... 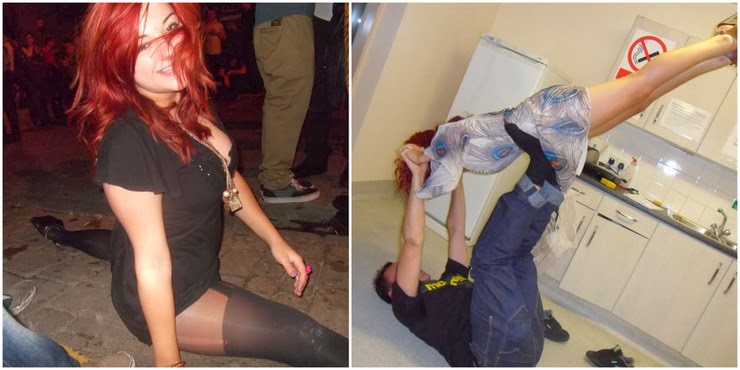 29. Where were you born?
Eastbourne hospital in East Sussex, same place as my brothers.

30. What are your hobbies?
I guess all the typical bloggery stuff like photography, writing and shopping (is shopping a hobby?!) I've already said i like to read and i also do a lot of drawing, every year for christmas and birthday my brother gets some type of caricature or disney themed picture for his walls. Finally i love to bake, particuarly in the middle of the night when i can't sleep. It annoys my mum endlessly because i won't just bake say a tray of brownies, i'll bake a tray of brownies, some macaroons and two cheesecakes and then won't eat any of it. Maybe i could start sending out baking care packages to hungry bloggers... 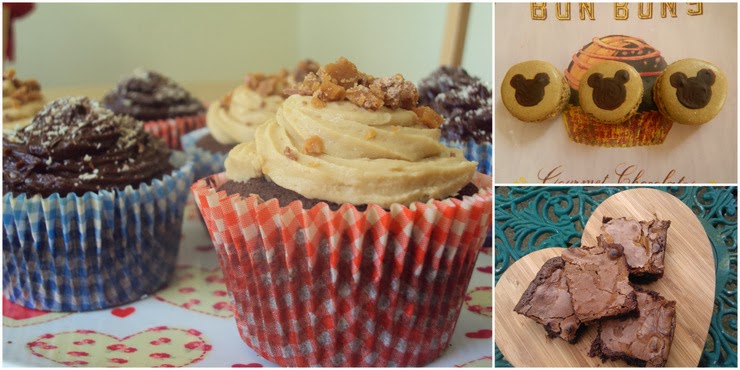 Phew i said it was going to be long, i do ramble on don't i! I don't know how many people i'm meant to tag but i'm tagging Anna, Josie, Rachel, Jemma, Laura, Sophie and Ria-Louise and Kerri (even though i know she was already tagged by Claire) and anyone else who wants to give it a go, hopefully some of you will because i love reading these types of posts :)
XOXO
Posted by the ineffable soul at 19:53

Email ThisBlogThis!Share to TwitterShare to FacebookShare to Pinterest
Labels: blogger, get to know me, life, personal, tag